A woman who was 16 weeks pregnant registered with Dr. Shweta Shah. She had conceived naturally and was pregnant with DCDA (dichorionic diamniotic) twins. It means each twin has its own separate placenta and amniotic sacs. It was her first pregnancy.

She had come to Dr. Shweta Shah for a second opinion, as her previous doctor had advised Cervical OS tightening.  In this procedure, the cervix is stitched closed to prevent premature labour. This helps the foetus to develop in the uterus for 37 to 38 weeks.

Dr. Shweta Shah counselled the patient about the risk of delivering preterm as she was pregnant with twins and the importance of OS tightening. But the patient was not willing to undergo the procedure. So, to be safe, Dr. Shweta Shah called the patient for regular follow-ups to monitor the pregnancy. But in the 28th week, the lady came to the hospital complaining of pain in the lower abdomen.

The patient was admitted to the hospital, and Dr. Shweta Shah explained the prognosis. The doctor immediately started the treatment with the Atosiban injection administered intravenously for 48 hours to delay the progression of labour, so that the doctor had time to carry out essential treatments for the safety of the unborn babies.

The patient was given steroids for lung protection, an MGSO4 injection for neuroprotection, and two doses of Betnesol injection given at the interval of 24 hours. After the Atosiban injection was stopped, the patient went into labor and had a normal vaginal delivery. Both the babies cried well after birth and weighed 1 kg each. The doctor transferred the babies to the neonatal intensive care unit. 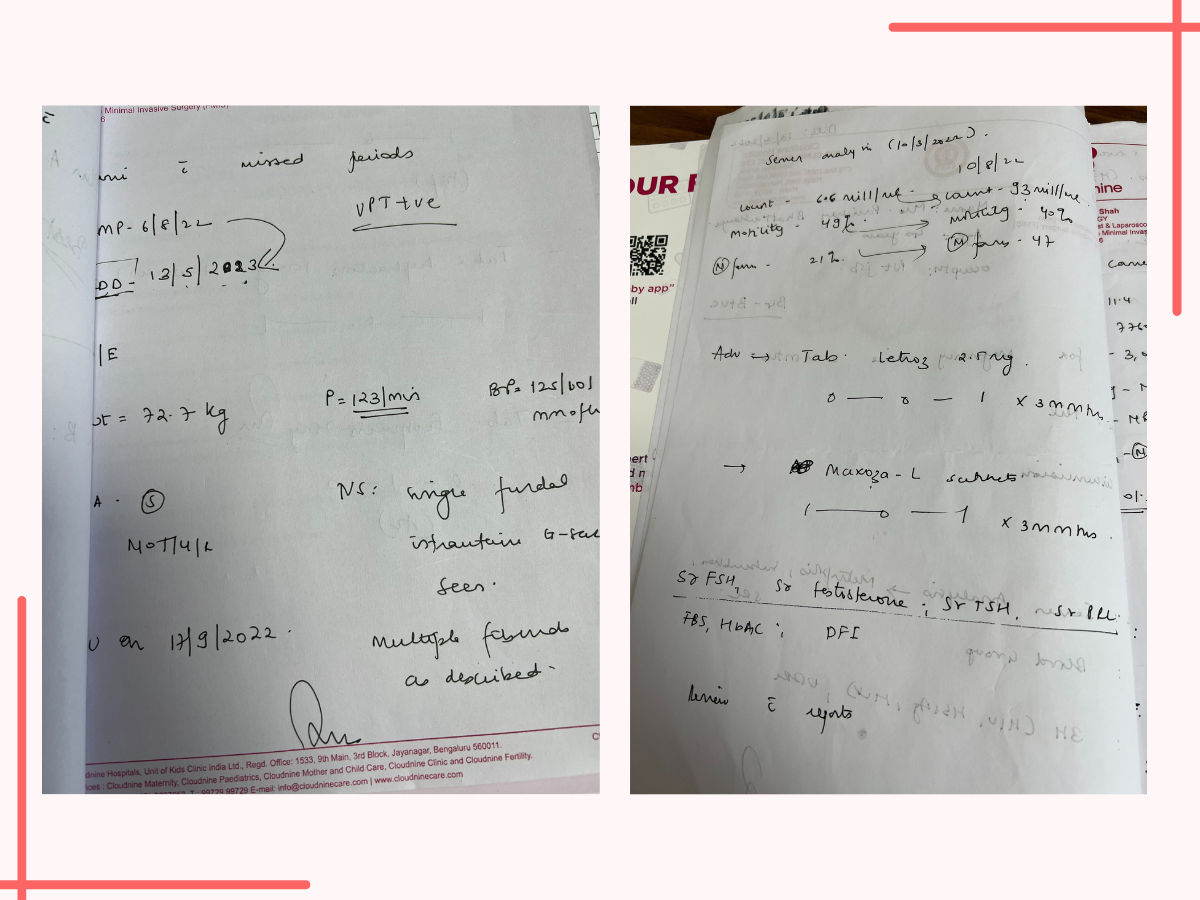 This couple had been trying to conceive for a long time but were unsuccessful. The wife was 38 years, and the husband was 40 years. Time was very crucial with the advancing age of the female partner.

The woman’s AMH level was 0.6, which means poor ovarian reserve. Even the SSG test raised suspicion of a bilateral tubal block, and the sonography indicated Murillo fibroids also the woman had previously undergone surgery for ovarian endometriosis

On the other hand, the male partner’s semen count was 6 million/ml, which is considered a low sperm count, referred to as oligospermia. So, according to the test results, the woman had a poor ovarian reserve, and there was male factor infertility also.

Previously, they had consulted another doctor who had recommended IVF treatment, but they were not keen to undergo in vitro fertilization.

They then came to know about Dr. Shweta Shah through an online search and also received positive referrals from acquaintances. So, with a lot of hope, they decided to consult her.

Dr. Shweta Shah started with alternative treatments based on the test result as the couple was unwilling to undergo IVF. The doctor prescribed Ovarie Plus 75 mg for the wife and asked the husband to take Letroz 2.5 mg tablet daily for three months and Maxoza-L sachets.

Further, she recommended that they should continue to try getting pregnant naturally. She also counseled the couple to avoid stress and be positive, as it affects their chances of getting pregnant.

Enter details,our team would approach to help you as soon as possible.